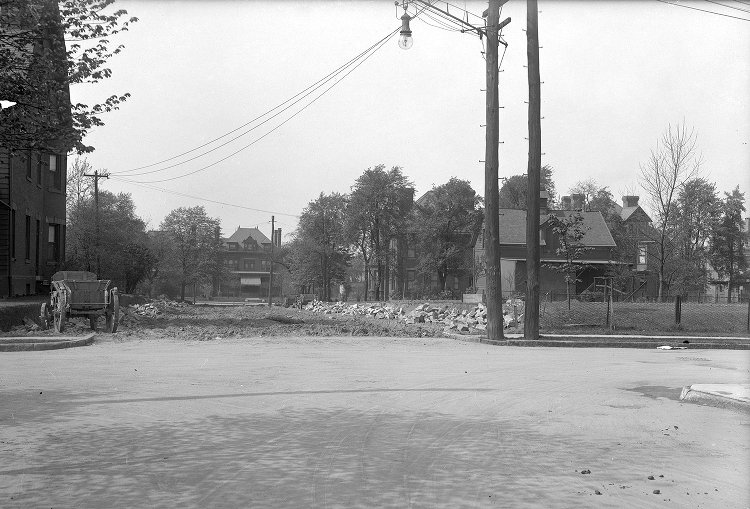 Construction extending Devonshire Street between Wallingford Street and Centre Avenue on May 2, 1913. Image courtesy of Historic Pittsburgh, the Digital Research Library at the University of Pittsburgh.

Yesterday a Wallingford Street neighbor asked me about old images of their house. Old is relative but I typically think of old as about 100 years or more and getting old images of Shadyside is typically difficult. Until the second decade of the twentieth century Shadyside was a private suburb. Early images were made or commissioned by families that owned the large estates existing in Shadyside from around 1860 to the early 1900s. 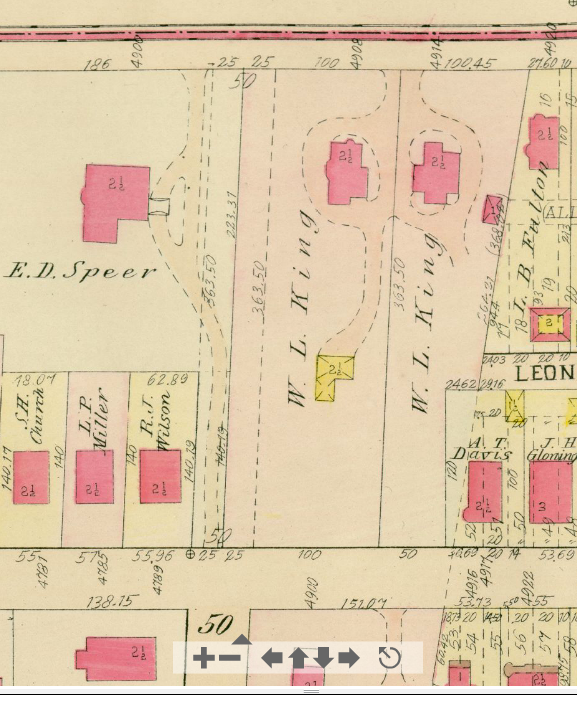 1911 Platt Map, Plate 1 showing a detail of Shadyside. Centre Avenue is along the top edge. Wallingford Street is parallel to the bottom edge. Devonshire Street meets Wallingford Street at bottom left of center. Map courtesy of Historic Pittsburgh, the Digital Research Library at the University of Pittsburgh.

The old photograph above, taken May 2, 1913,  is the only one of Wallingford Street that I know of. The photographer stood on Devonshire Street just south of its intersection with Wallingford Street, right about where the 50 is in the map detail shown at right.

A city photographer took this image to document the Devonshire Street expansion. Before the 1910s streets in Shadyside were private. The relatively prolific documentation of Shadyside by city photographers started as Shadyside transformed from suburb to city neighborhood during the 1910s and 1920s.

Please contact me if you or someone you know have old photographs of Shadyside. It’s not necessary to give them up! High resolution scans are all that are needed for research on Shadyside’s history.