Shadyside Train Station July 24, 1928. A detail from the image on page 112 of my “Pittsburgh’s Shadyside” book. Image courtesy of Historic Pittsburgh, the Digital Research Library at the University of Pittsburgh.

Thomas Aiken was enthusiastic when modern transportation was built next to his farmland. On November 1, 1855 the Pennsylvania Railroad was complete between Philadelphia and Pittsburgh. Aiken’s farmland, reaching east to today’s Aiken Avenue and west to Neville Street, was close enough to downtown Pittsburgh for a businessman to commute in comfort on the railroad. Thomas Aiken and his son David lobbied the Pennsylvania Railroad to add a stop on their land. The stop was granted in 1860 and Shady Side Station was built in the early 1860s at the end of what is now Amberson Avenue. 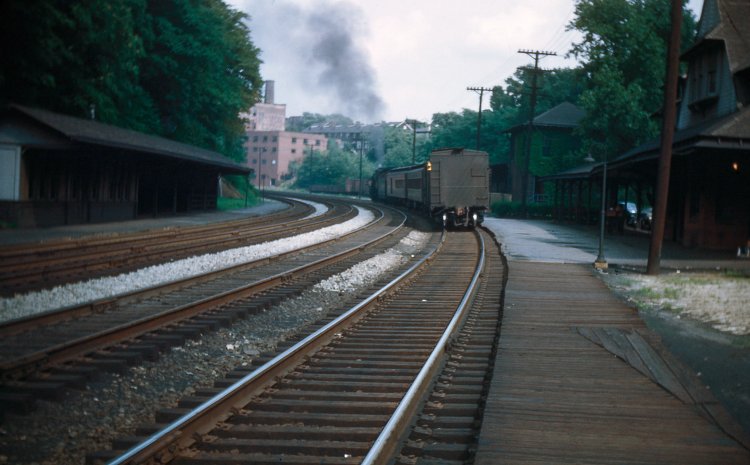 The Shadyside Train Station was torn down during the 1970s but I was able to find a photograph of it during from 1928 (top image above). And now more images have turned up thanks to Historic Shadyside reader David Wilson. He found three more photographs of the station including the image above available from the Historic Pittsburgh site. Thank you David Wilson and to all my readers who have ignited great conversations and pointed to new resources!